About the Native American Heritage Commission

In 1976, the California State Government passed AB 4239, establishing the Native American Heritage Commission (NAHC) as the primary government agency responsible for identifying and cataloging Native American cultural resources. Up until this point, there had been little government participation in the protection of California’s cultural resources. As such, one of the NAHC’s primary duties, as stated in AB 4239, was to prevent irreparable damage to designated sacred sites, as well as to prevent interference with the expression of Native American religion in California.

Furthermore, the bill authorized the Commission to act in order to prevent damage to and insure Native American access to sacred sites. Moreover, the Commission could request that the court issue an injunction for the site, unless it found evidence that public interest and necessity required otherwise.

In 1982, legislation was passed authorizing the Commission to identify a Most Likely Descendant (MLD) when Native American human remains were discovered any place other than a dedicated cemetery. MLDs were granted the legal authority to make recommendations regarding the treatment and disposition of the discovered remains. These recommendations, although they cannot halt work on the project site, give MLDs a means by which to ensure that the Native American human remains are treated in the appropriate manner. 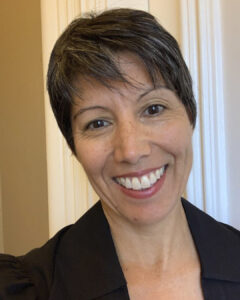 Commissioner Miranda is a tribal attorney specializing in environmental and tribal advocacy focusing on tribal cultural resources protection. She is a member of the Pechanga Band of Luiseño Indians, has a B.A. in philosophy from UCLA and a J.D. from Cornell Law School. Ms. Miranda has served on the State of California Native American Heritage Commission (NAHC) since 2007 and is currently Chairperson of the NAHC.

Over the past 20 years of advocating for tribal governments, Ms. Miranda has held the positions of Directing Attorney with California Indian Legal Services, Deputy General Counsel with the Pechanga Tribal Government and Adjunct Faculty at UCLA Law School.

Ms. Miranda’s most notable accomplishment is the protection of her Tribe’s creation area, Pu’éska Mountain, through an extended arduous legal and political battle (2005-2010). This experience exposed deficiencies in sacred sites protection laws for tribes. This led Ms. Miranda and Pechanga to push for changes in the law and eventually the passage of AB 52 (2014), sponsored by Assemblymember Gatto, which added Native American Tribes to the California Environmental Quality Act (CEQA). Ms. Miranda served as a main technical advisor to the Assembly member.

Ms. Miranda believes in creative problem solving, the opportunities conflicts can present, and active-listening conflict resolution. With this as her road map she has been successful in negotiating numerous agreements and settlements on behalf of tribes with land developers and other government agencies.

Ms. Miranda presently resides in Los Angeles where she enjoys dancing, yoga and meditation. Ms. Miranda is also involved with issues concerning cultural trauma and has been actively engaged over the last 10 years with her personal healing. 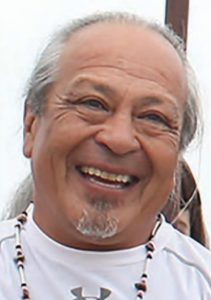 Commissioner Pagaling is an enrolled member of the Santa Ynez Band of Chumash Indians and a tribal elder. He has devoted his time to re-establishing the traditional maritime culture of the Tribe since 1996, and has also served as chairman of the Indian Gaming Local Community Benefit Committee of Santa Barbara County since 2010. Pagaling was tribal education program coordinator for the Santa Ynez Band of Chumash Indians from 1993 to 1996. He was public relations manager for the Chumash Casino Resort from 1991 to 1993 and was cultural resources coordinator and Native American monitor at the Tribal Elders Council of Santa Ynez Band of Chumash Indians from 1988 to 1990. Pagaling built the Tomol “Muptami of Kalawashaq,” a traditional Chumash plank canoe, and co-organizes the annual Tomol crossing from Channel Islands Harbor to Santa Cruz Island. Pagaling is a member of the Chumash Maritime Association.

Commissioner Bojorquez, is an enrolled member of and has been Tribal Chairman for the KaKoon Ta Ruk Band of Ohlone-Costanoan Indians of the Big Sur Rancheria since 2018. He held several positions at the Yocha Dehe Wintun Nation between 2000 and 2021, including Director of Cultural Resources and Executive Assistant of the Tribal Gaming Agency. Commissioner Bojorquez was a Security Screener at the Transportation Security Administration from 2003 to 2004, Detention Officer I and Deputy Probation Officer Intern at Yolo County Probation from 1999 to 2000 and Supervisor at Valley Media Inc. from 1994 to 1999.

Commissioner Dutschke has been a Partner at Kaplan Kirsch & Rockwell since 2019 and is an enrolled member of and has been Chair for the Ione Band of Miwok Indians since 2018. She was an Attorney at Dentons US LLP from 2010 to 2019, Associate at Karshmer & Associates from 2006 to 2010 and Program Analyst and Administrative Officer at the U.S. Department of the Interior, Bureau of Indian Affairs Pacific Regional Office from 1998 to 2006. Commissioner Dutschke earned a Juris Doctor degree from the University of the Pacific, McGeorge School of Law and a Master of Fine Arts degree in Native American Studies from the University of California, Davis.

Commissioner McQuillen is a descendant of Yokayo Pomo, Yuki, Nomlaki and an enrolled Tribal Citizen of Round Valley Indian Tribes. She has been Tribal Heritage Preservation Officer at the Federated Indians of Graton Rancheria since 2015. Commissioner McQuillen held several positions at the Yurok Tribe between 2001 and 2015, including Acting Assistant to the Social Services Director and Youth Outreach Coordinator and Repatriation and Cultural Collections Manager. She was Repatriation Specialist for Tolowa Dee-ni’ Nation from 2012 to 2013.

Commissioner Nelson is an enrolled member of the La Jolla Band of Luiseño Indians and has been Culture Resource Manager at Native Ground Monitoring, Research and Consulting since 1999.

Raymond C. Hitchcock is of Miwok and Nisenan descent and is a member of the Wilton Rancheria. He has been Owner of Contemporary Countertops since 1996. He served as Chairman and CEO of Wilton Rancheria from 2014 to 2020.